Home > Archive > All Or Nothing – The Mod Musical

BASED ON THE STORY of Mod band The Small Faces, All Or Nothing has closed. 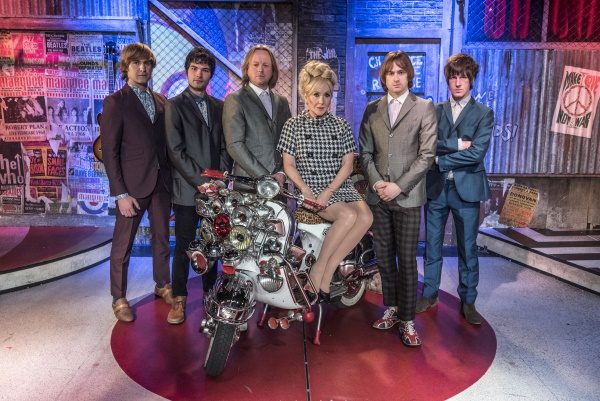 ALL OR NOTHING – THE MOD MUSICAL, has been touring the UK for some time, so it earnt its run at the Ambassadors Theatre, just by Leicester Square, in London’s Theatreland in 2018,

Written, directed by and starring the award-winning actress Carol Harrison (Louise Raymond in EastEnders and founder member of Half Moon Theatre in London’s East End), ALL OR NOTHING is the story of four charismatic young kids from East London with humour, attitude, passion and, above all, talent.  They became the Small Faces and were rocketed into the big time, on a wave of all that was Mod, only to discover the path to success is paved with exploitation, betrayal and, ultimately, tragedy.

The show is as stylish and cool as the Mod movement it celebrates, but the best bit about the show is that it features all those songs we love: including Whatcha Gonna Do About It, Tin Soldier, Lazy Sunday, Here Comes the Nice, Itchycoo Park and, of course, All or Nothing.

As well as a 29-track cast recording, available from the Arts Theatre during the run, there was also a limited edition 15-track blue vinyl LP available – just like the olden days!

ALL OR NOTHING – THE MOD MUSICAL