★★★★★ ‘Butterworth has done it again. Miss this and you’ve missed a marvel’  The Telegraph 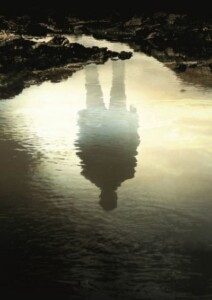 Following a successful short run at the Royal Court Theatre, which sold out in one day, the Northern Ireland set drama began previews in the West End in the early summer.

★★★★★ ‘Butterworth and Mendes deliver a shattering tale of passion and violence.  All the performances are invested with the same intense detail. – The Guardian

Rural Derry, 1981. The Carney farmhouse is a hive of activity with preparations for the annual harvest. A day of hard work on the land and a traditional night of feasting and celebrations lie ahead. But this year they will be interrupted by a visitor.

Born in London, but brought up in St Albans, Hertfordshire, where he filmed 2001’s Birthday Girl starring Nicole Kidman, Jez Butterworth’s plays include the multi-award winning Jerusalem, Mojo and The River. He has previously worked with Sam Mendes on the scripts for Bond films Spectre and Skyfall.

The Ferryman producer Sonia Friedman said: “It is thrilling to know that wider audiences will now have a chance to see this extraordinary new work from one of our most important writers. The scope, scale and ambition of Jez’s new play deserves this opportunity and I am delighted that together with Royal Court Theatre Productions and Neal Street Productions we are in the privileged position to make it happen.”