Next time you come to London to see a show, why don’t you add to the experience with a theatrically-themed restaurant?

With the “soft opening” of naturally fast food chain of eateries, Leon’s first West End branch on Shaftesbury Avenue yesterday, complete with singing waiters and waitresses  I thought it worth mentioning some of the places around Theatreland where you can get into the mood before going to the theatre. 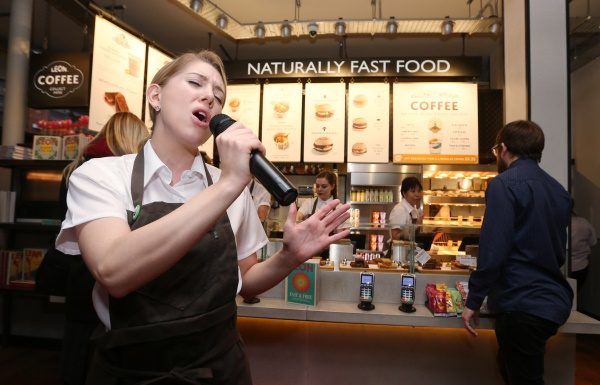 The newest addition to Theatreland’s long list of restaurants. Leon’s first restaurant won the ‘Best New Restaurant in Great Britain’ so it is worth making a song and dance over. Take-away or eat-in the menu includes noodle soups, Moroccan meatball hotboxes, Fish Finger wraps, burgers and chicken satay salads. Rather than eat under the multiple gazes of their Wall of Fame I chose to eat out but whilst I was waiting I was entertained by Katy Reynard singing Hopelessly Devoted to You from Grease.

Every 2-3 songs one of the staff will pick up the mic and sing – they can also do big chorus numbers too! The crew is huge, allowing for staff to go off to audition or take a role and then come back later in the year if need be. Reynard, for example already has a full year planned with a stint in Little Shop of Horrors followed by a show at the Edinburgh Fringe with award winning Patch of Blue (@Patch_of_Blue).

Leon opens from Monday 13 February and will serve breakfast from 7am and then open all day until 10pm. 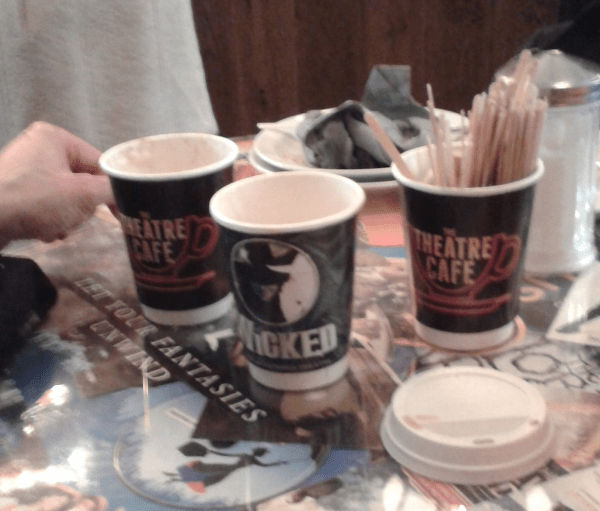 Another relative new-comer to Theatreland is The Theatre Cafe, just a few doors along from Leon. Be-decked with West End memorabilia and its own range of merchandise, it has quickly become a favourite hang-out with theatre crowds.

Open from brunch to pre-theatre it serves snacks and cakes along with the customary hot beverage selection – all named with a theatrical twist – from Phantom of the Mocha to My Fair Latte. 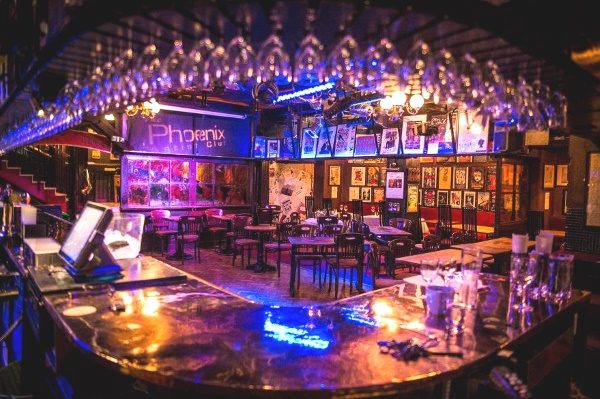 The Phoenix Artist Club is a more established venue in Theatreland. Situated just off Charing Cross Road under the Phoenix Theatre, although it is open to members of the public during the day and for pre-theatre dining, later it becomes a private members club for performers and artists. Theatre Breaks guests get free membership for the duration of their stay in London – with a two course pre-theatre menu with Prosecco coming in at £17.95.

It also hosts many events throughout the week – some free, some paid for. Also check out the fascinating array of cast photos from all over the West End.

They also sponsor drama students through their courses and avidly follow their careers.

A great venue for getting in the mood.

It is also one of Camden Council’s Safe Havens. 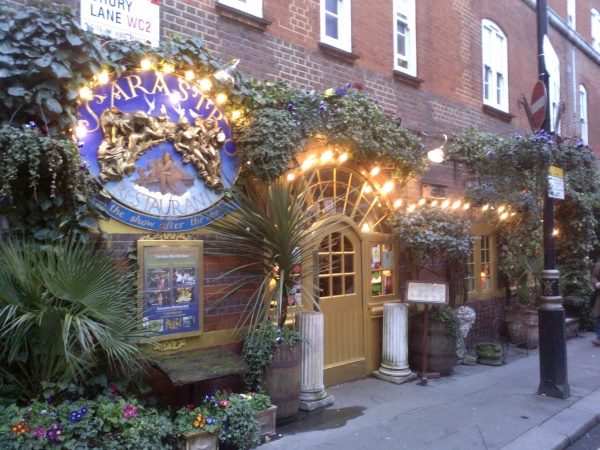 This restaurant on Drury Lane boasts a fabulously rich interior decor of velvet swag and golden cherubs, reminiscent of the most decorative theatre auditorium, which spills out onto the pavement to greet diners and welcomes them in.

The food is Turkish and the mood flamboyant. Entertainment ranges from Latino swing and hits from the 80’s to opera and string quartets. West End artists also pop in from time to time to entertain diners.