Five star reviews have greeted the opening of  The Girls Theatre Breaks with comparisons to Billy Elliot suggesting that it was THE hit of 2017.

The Girls Theatre Breaks at the Pheonix theatre

Packages including tickets for The Girls, the new musical is an adaptation of the play about a group of ordinary Yorkshire ladies who do something quite extra-ordinary, written by Gary Barlow and Calendar Girls screen-writer Tim Firth are no longer available

Firth, who also wrote the screenplay for 2005 film Kinky Boots – now an award winning musical in the West End, and Barlow have been friends for 25 years and plans for this production have been bubbling away for quite some time.  The Girls originally opened at The Grand Theatre in Leeds where it received standing ovations at every performance.

Many of you will have seen the 2003 hit film Calendar Girls, which was concequently adaptated, by Firth (who else?), into a 2008 stage play which starred the late Linda Bellingham.

This new musical comedy will have a few familiar faces in the cast including Claire Moore who was the original Christine in The Phantom of the Opera at Her Majesty’s theatre and also Joanna Riding who has had a very successfull musical theatre career including winning an Olivier Award for her role as Julie in the National Theatre production of Carousel.

They will make up the group of seven W.I. members who decide to publish a calendar in order to raise funds for a cancer charity – an illness that is all to close to their hearts as one of the group’s husbands has been given a terminal diagnosis. What the other W.I. members think of their unusual choice of images for each month with leave the audience in stitches. 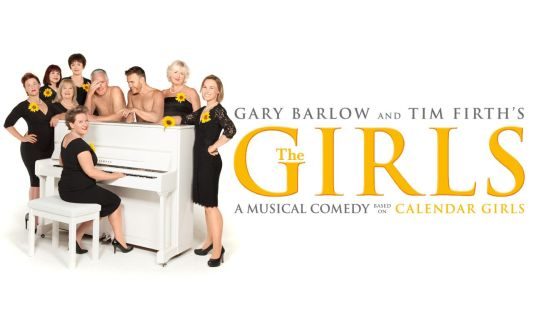