In London we are experiencing unusually warm(ish) weather and I hope that wherever you are reading this that Jack Frost isn’t hammering too loudy on your door.

When we have temperatures into double figures it does seem to make going to the theatre less of a chore (not that it’s ever a chore for me as I live & breath theatre) – as opposed to when it’s bitterly cold outside and public transport is up the spout you really don’t feel stepping out of your front door.

But enough of the weather, let’s get back to the subject in hand – CHRISTMAS – or more importantly CHRISTMAS SHOWS IN LONDON! Let’s face it, that’s why you;re all reading this, right? 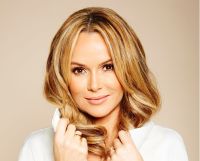 So, at the world famous London Palladium you will find traditional pantomime with an all-star cast in Cinderella. Waving her magic wand is BGT’s darling Amanda Holden as the Fairy Godmother, with Paul O’Grady as the Dame and Casualty’s Lee Meade as Prince Charming. Cinderella also features Julian Cleary, Nigel Havers and Count Arthur Strong.   It’s bound to be a family show with plently of sparkle.

At the Peacock theatre you’ll find the beautiful ballet The Snowman which has become a regular Christmas production at the venue. A truly magical experience including all the original music from the award winning animated film.

For all those budding Disney Princesses, there Disney on Ice – Frozen at the O2 Arena. Bringing together all the favourite character’s from Disney biggest grossing film to date and of course the original soundtrack. Are you ready to Let It Go this Christmas? 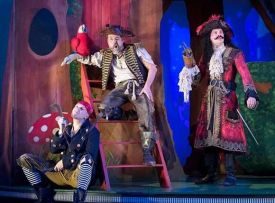 For older children, stumble along to the Apollo theatre to see the accident prone cast of Peter Pan That Goes Wrong – a slap stick comedy which is guaranteed to put a smile on any grumpy teenagers face. Just imagine that – your teen laughing out loud to live theatre rather than a 10 second clip on YouTube? How brilliant would that be to hear?

Other shows I can recommend are School of Rock at the New London theatre – AWESOME – and Half A Sixpence at the Noel Coward theatre – both great family shows with one one mention of Christmas in them!

Seasons Greetings to you all.