Home > Archive > Wind in the Willows

Returning to the West End for summer 2017 was Kenneth Grahame’s The Wind in the Willows Theatre Breaks. Wind in The Willows was adapted into a hilarious musical comedy by Oscar-winning screenwriter and Downton Abbey creator Julian Fellowes and Olivier Award-winning composer and lyricist George Stiles and Anthony Drewe. 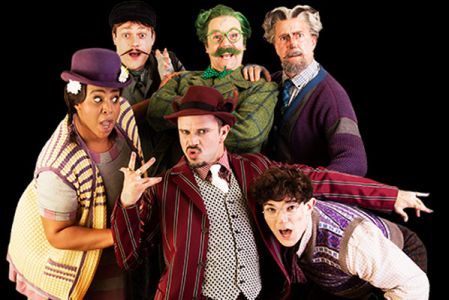 Following the many antics of the thrill-seeking Mr Toad along with his friends Badger, Ratty & Mole and all the other animals of the forest, this brand new production starred comedian Rufus Hound (Dirty Rotten Scoundrels, One Man Two Guvnors) as the well-dressed green haired amphibian who has a penchant for fast motor-cars.

Featuring eye-poppingly beautiful design, exuberant choreography and a gloriously British score, The Wind in the Willows Theatre Breaks brought an explosion of anarchy, humour and heart to the world-famous London Palladium.

Hotels for Wind in the Willows Theatre Breaks

The London Palladium is just off Oxford Street by Oxford Circus. It is easy to get to by bus or tube if your Wind in the Willows Theatre Breaks hotel is not within walking distance (of which there are many!).  Oxford Circus underground station is the closest, with access to the Victoria, Bakerloo and Central lines. Nearest hotel is the 5 star Courthouse Hotel just around the corner from the theatre; for families try the 4 star Radisson Blu Grafton in Tottenham Court Road, the 4 star Holiday Inn Bloomsbury/Kings Cross or the 3 star St Giles hotel (the latter two with the added bonus of a swimming pool!).