I’ve had quite a busy, but enjoyable time recently watching some new shows that have opened up in the West End over the last few months. 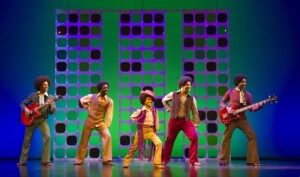 First up was Motown the Musical at the Shaftesbury theatre. I imagined this was going to be a bit like the 2005 production of Dancing on the Streets which, I might add, I absolutely LOVED. However, although it’s the same genre of music – Motown (the clue’s in the title!) – this was the story of Berry Gordy who founded the record label Tamla Motown in the 1960s and produced global mega-stars such as The Jackson Five, Diana Ross & the Supremes and Marvin Gaye to name but a (very) few. Whilst I personally felt the brilliant music, and it truly is BRILLIANT, was interrupted by the sometimes clunky script in between, I still adored the show. My goodness, but Motown music is fantastic and there is no denying it! Motown the Musical is currently booking through to October 2017. 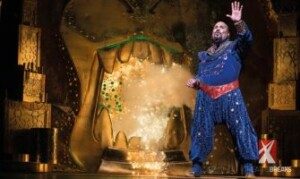 A few weeks later, I was delighted to be able to see Disney’s new offering in the form of Aladdin. It is pretty much word-for-word the 1992 animated film version with a few additional songs and a bit of tweaking to make it work on stage. The staging and special effects were absolutely outstanding. I loved the colour of the costumes and the dancing too. My colleague and I were a bit confused as to why a predominately British cast were putting on Bronx-like American accents, but that was the only (small) gripe for this spectacular theatrical experience. Trevor Dion Nicholas who plays the Genie deserved his standing ovation – he was AMAZING. Aladdin is currently booking at the Prince Edward theatre until February 2017. 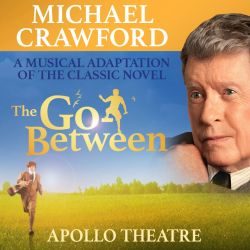 The following night we saw Michael Crawford in The Go Between at the Apollo theatre. Now in his 70s I was curious to see if he could still hold a tune and I can report that he still can. Very much in the vain of Stephen Sondhiem’s A Little Light Music, the production ambled along without fanfare or tap-dance numbers. That is not a criticism in any way. Set in sombre Victorian England as young men were being sent to South Africa to fight in the Boer War, the sedate pace of the show reflected how the Victorian’s must have felt in a stifling hot summer when you still had to wear thick petticoats and always appear virtuous when all you really wanted to do was tear off all your clothes and jump into the nearest lake to cool off! The Go Between is on for a limited season until October 2016. 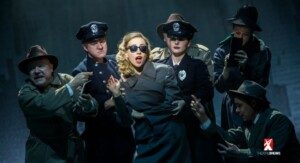 Finally, I saw the new production of Breakfast at Tiffany’s at the Theatre Royal Haymarket. Last seen at the same theatre in 2009 starring Anna Friel, this time around it has singer/songwriter Pixie Lott in the role of Holly Golightly who manages to wrap men around her little finger and keep them begging for more. This version is interspersed with music from Miss Lott and she does have a beautiful soulful voice. A couple of recognisable actors (well for me anyway) popped up in the cast – the first being Matt Barber as Fred who had appeared in the last two seasons of Downton Abbey and also Victor Maguire as Joe who I remember very fondly from the original series of Bread. Breakfast at Tiffany’s is booking until September 2016.

Have a good weekend

Tags:breakfast at tiffany's, disney's aladdin, motown the musical, the go between, theatre blog