Home > Sara from Theatre Breaks' Diary > Summer in the city

We can all keep our fingers crossed that summer will eventually make an appearance sometime soon and that we can enjoy some relaxing times with our families in the many London parks and museums incorporating it into a great theatre break with many shows over the summer offering morning and afternoon performances.

In the meantime, whilst we wait for the weather to catch up with the actual season, I’ll give you the low down on what’s hot in the West End over the next couple of months…. 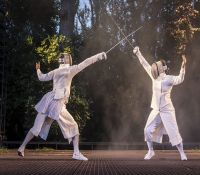 For families with older children, first up is the outstanding Regent’s Park Open Air Theatre in – yes, you’ve guessed it – Regent’s Park set next to London Zoo and easily accessible via Baker Street underground. You could make a whole day, or two, in this part of London staying at a hotel in the Marylebone/Paddington area, taking in the wise and wonderful animals at London Zoo, visiting Madam Tussauds and the 4D cinema next door, renting out a boat on the Serpentine which winds its way through Regent’s Park, spreading out a blanket on the grass and soaking in the rays and topping everything off with a ticket to see an open air production of Henry V, Jesus Christ Superstar or Pride & Prejudice  which run through to 17th September.

For families with younger children there’s so much choice it’ll make your head spin, but here’s our recommendations, all from first hand experience :

Disney’s The Lion King – if you haven’t seen this extra-ordinary piece of theatre then I urge you to book now! The wonderful warm fuzzy feeling this show gives you is amazing with the familiar Oscar winning musical score, jaw-dropping costumes and sets you really believe you are on the plains or the Serengeti (and if it’s raining outside, you can guarantee to African sunshine inside!). 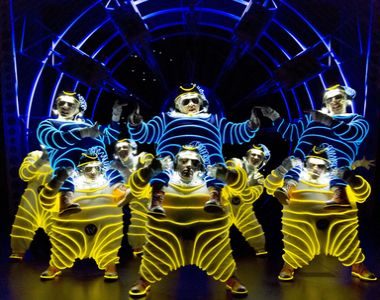 Charlie and the Chocolate Factory – Be quick it’s not going to be here for much longer! Book your Golden Ticket to see another visually awesome show with state of the art effects and dazzling sets. The Oompa-Loompas are outstanding and so cleverly done. Complete & utter fun for all the family and yummy Wonka chocolate bars on sale inside the theatre.

Disney’s Aladdin – There’s a new kid on the block and his name is Aladdin. Direct from New York, this Broadway hit is spreading its magic across London and with just one quick rub of an old rusty lamp your three wishes can be granted : great show, happy kids, fabulous family theatre break. The highlights of this show are the special effects which begs belief and the outrageously fabulous Genie played by Trevor Dion Nicholas.

Looking for something a little bit different? Why not book The Railway Children Theatre Breaks at the specially built Kings Cross theatre? There’s also ticket only deals plus meal-deals to see The Very Hungry Caterpillar, The Gruffalo, Scooby Doo Live and the The Jungle Book which is performed under canvass in a mega-tent! 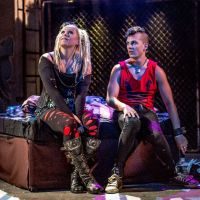 If you have older teens that need entertaining, the award-winning American Idiot is back in town with music from indie-rock giants Greenday, then there’s scares to be had at The Woman in Black – go on, dare you not to jump!; for a bit of culture, and to help with O’level revision, there’s Shakespeare’s Romeo & Juliet directed by Kenneth Branagh and starring Richard Madden (Games of Thrones, Cinderella), Lily James (Downton Abbey, Cinderella, War And Peace), Derek Jacobi and Meera Syal.

Have a great summer, people.

Tags:American Idiot, charlie and the chocolate factory, The Lion King, the railway children, the woman in black