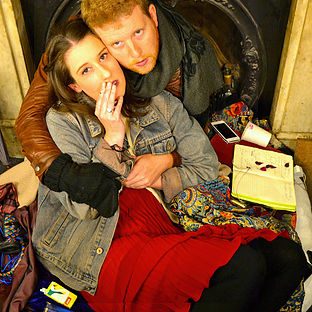 Focusing on the central quartet of Mimi, Musetta, Rodolfo (Ralph) and Marcello (Mark) the opera is set in present day East London, where the story of four closely dependent friends sits equally powerfully against a backdrop of spiralling rents and social media in London as it originally did when it was set in 19th century Paris.

The King’s Head Theatre produced a similarly updated version of Mozart’s Cosi fan tutte, which played for five weeks to critical and popular acclaim in March of this year.

A bit of a faux pas on this article previously. This production is directed by Adam Spreadbury-Maher, not Robin Norton-Hale as previously mentioned. It has nothing to do with the Cock Tavern Theatre production nor is Robin involved in any way, it is a completely new production produced for the first time at the King’s Head Theatre this year.
Many apologies to everyone involved