Following the successful launch of the festival in 2014, Wilton’s Strike 2016 is back in London, featuring six dances choreographed and performed by emerging artists, with the help of industry mentors. 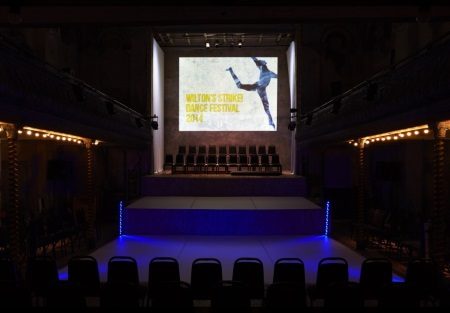 The festival showcases the very best of tomorrow’s performers and choreographers as they embark on their artistic careers.

This year’s theme is “memory” and Wilton’s Music Hall has commissioned the six choreographers  to develop their work to performance level, with help from professional mentors.

The six dance pieces selected are

Far From the Norm which will present Virtue of Ignorance; Estela Merlos and Thomasin Gulgec who will present  The Reservoir; Morgann Runacre-Temple: Poppy Hotel 202 / Talkin’ Walls; Nicholas Keegan: Roleks; Thick & Tight: The Princess and the Showgirl; and Wayne Parsons: A Vestige

They were selected by a board of industry experts, including former Royal Ballet dancer; Viviana Durante and Critics Choice award winner Jonathan Goddard.

As well as being shown in front of a live audience, the performance will be live-streamed worldwide,

The festival runs from Tuesday 03 May 2016 for three nights.

An open Q&A session will be held after each performance.