Home > Simon in London > Theatre Review: Down and out in Paris and London

Inspired by the memoirs of George Orwell, but driven by Polly Toynbees 2003 book “Hard Work”, Down and Out in Paris and London is a highly enjoyable play which asks us to take a look at the differences, in the lot of the poor, between early 20th century Paris and the London of the more recent naughties. 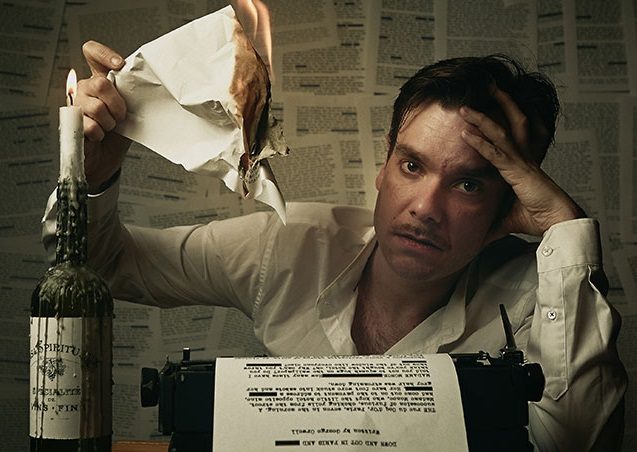 The play, currently on at the New Diorama Theatre, London, asks a remarkable number of questions considering its 90 minute duration.

Yes, there are the obvious questions being asked about the support that today’s poor recieve, of their abuse by big businesses, of their invisibility, but all of this given an extra dimension by choosing two such flawed narrators.

How can we see the Paris slums of 1920s in their real horror when we see them through the eyes of this romantic wannabe poet? Should we accept the judgement of a lady who finds it impossible to furnish “a whole flat” for £300 or wait for an appointment for anything longer than 2 hours? Both add a rather middle-classed slant to their messages, which do not always sit comfortably with the action.

The two main characters are played flawlessly (with flaws included) by Richard Delaney (Orwell) and Karen Ascoe (Toynbee). Ascoe also gets to show off her range as she also plays the landlady of the lodging house where Orwell and his companions stay. A simple, yet effective characterisation, of French snobbery in the slums of Paris, delivered with a sniff and a snear.

The other four actors in this small cast help to keep the fast-paced, physical piece moving with humour and clarity, swapping roles and eras in the blink of an eye. Sometimes the characters help to separate the two cities, at other times they serve as a link bewteen the two. Andy McLeod’s Boris in Orwell’s Paris and Stella Taylor’s Housing Officer were particularly enjoyable.

The staging is is excellent. Imaginitive use of a bed, desks, chairs and a door on wheels, helps keep the speed and the energy high, as we are breathlessly rushed to the play’s conculsion as both Toynbee and Orwell come to the end of their experiments in poverty.

With no interval there is no chance to read the programme notes until after the play has finished but make sure you do. Without the need to entertain and without our two narrators getting in the way, it is here that we can get an insight into the plight of the poor in 21st century London. That said I would still rather see the play than read the programme!

We have the New Diorama Theatre’s Artistic and Executive Director, David Byrne to thank for the writing and direction and thank him we should, for I highly I recommend you arrange to see the play as soon as possible. Consider the post show talk on Wednesday 27 April too.