Home > Sara from Theatre Breaks' Diary > And the Nominees Are….

In January I gave you my predictions for this year’s nomination at the Olivier Awards being held in London on Sunday 3rd April.

Whilst, as is usual, many of the shows in the main categories have taken their last curtain call in the West End, there are quite a few still performing eight times a week to enthralled audiences.

So, I’m going to see if my predictions were correct and let you know who you on the short-list you can still go and see so you can make up your own mind as to whether they should or shouldn’t have their name in the golden envelope on award night.

Best Actor in a Play : I got TWO right in my selection with Benedict Cumberbatch in Hamlet and Mark Rylance in Farinelli and the King – unfortunately both of which have closed. However, you can still see one of the other nominees Kenneth Cranham in The Father which is on at the Duke of York’s theatre until 26th March. My winner prediction is still : Benedict Cumberbatch, but I think Mark Rylance, on the back of his Oscar win, could be in with a shot. 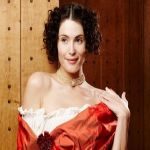 Best Actress in a Play : I only got ONE right with Nicole Kidman in Photograph 51. Must admit, I’m surprised that Claire Skinner didn’t get nominated for The Father when she appeared in the drama last November at the Wyndhams theatre. However, the good news is that you can still see two of the nominees and they are Gemma Arterton in Nell Gwynn at the Apollo theatre until 30th April and Denise Gough at the National Theatre in People, Places and Things. My winner prediction is still : Nicole Kidman 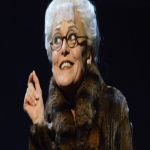 Best Actress in a Musical : I got TWO right here with Imelda Staunton in Gypsy and Natalie Dew in Bend It Like Beckham. You can knock me down with a feather that Sheridan Smith isn’t on the list for Funny Girl which both critics and audiences absolutely adore – perhaps next year? The only one of the nominees in this category that you can still see on stage is Tracie Bennett in Mrs Henderson Presents at the Noel Coward theatre until 18th June.
My winner prediction : Imelda Stuanton 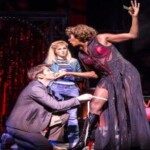 Best Actor in a Musical : Just ONE right here with Killian Donnelly for Kinky Boots, but his co-star Matt Henry has also been nominated in this category too, so it’s certainly hats off to this new production -or could that be boots off? You can see another nominee Ian Bartholmew in the aforementioned Mrs Henderson Presents. My winner prediction : Killian Donnelly …. OR Matt Henry

In three weeks we will find out exactly whose name is read out on the night, but in the meantime you can book to see some of the other nominations in the many other categories including In The Heights, Guys & Dolls and Hand to God.

Have a good weekend…