Home > Archive > The Comedy About a Bank Robbery

Theatre breaks to see The Comedy About a Bank Robbery

From the comic genius pens of Olivier award winning writers Harry Shields, Henry Lewis and Jonathan Sayer (The Play That Goes Wrong & Peter Pan That Goes Wrong) “Bank Robbery” kept audiences laughing in the aisles as much as any of their other shows. 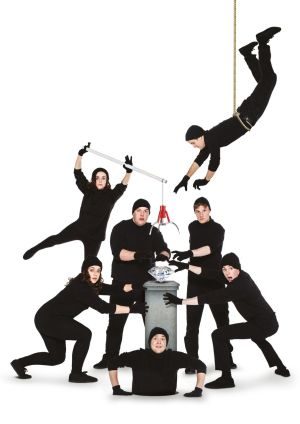 The promo read…. One giant diamond…. Six incompetent crooks…. And a security guard asleep on the job….. What could possibly go right?

If you enjoy knock-about slap stick comedy at its raw silliness, then this was the show for you. Written and performed by members of The Mischief Theatre Company who have had years of success at the Edinburgh Festival, they brought their unique brand of comedy to this hilarious new show.