It would appear that stars of tv and film are falling over themselves to get into the West End this Spring with oodles of celebs treading the boards in the capital. 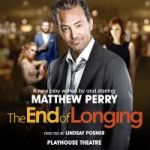 With the recent announcement of former Friends star Matt Le Blanc as co-host of the hugely anticipated new series of Top Gear, his tv flat mate Chandler, aka actor Matthew Perry, performs in his writing debut, The End of Longing at the Playhouse theatre which opened on 2nd February and is booking through to 14th May. Can’t wait to see it for myself on 9th Feb. 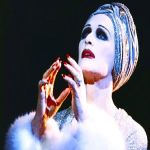 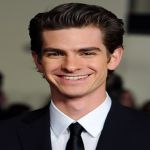 The dashing and easy-on-the-eye young stars of HBO’s Game of Thrones Richard Madden and Kit Harrington will be able to share some post-theatre drinks as they are appearing at the same time, but at different theatres, in Romeo and Julietand Doctor Faustus respectively. Madden’s star-crossed lover Juliet will be played 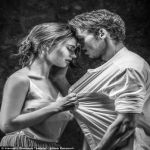 by Lily James (War and Peace, Downton Abbey, Cinderella) and as you will see from the steamy publicity photo here it will possibly be a play to which you won’t be taking the children! Romeo and Juliet is part of the Kenneth Branagh season of plays at the Garrick theatre opening on 12th May, whilst Harrington sells his soul to the devil in Doctor Faustus at the Duke of York’s theatre from 9th April. 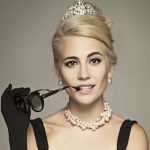 Number 1 recording artist, (successful singer to you and me), Pixie Lott takes on the role of Holly Golightly in Truman Capote’s dark drama Breakfast at Tiffany’s which will open at the Theatre Royal Haymarket on 30th June after a UK tour. In fact, it’s the same theatre where Anna Friel played the same role back in 2009.

Looking ahead to 2017 the National Theatre, where coincidently Kit Harrington made his professional stage debut in War Horse back in 2008, has bagged a glutton on house-hold names with the Amazing Spider-man star Andrew Garfield returning to the stage for a revival of seminal drama Angels In America.

Other A-listers on the National Theatre stage next year will be Olivier Award winner Tamsin Greig in Twelfth Night and Downton Abbey’s Elizabeth McGovern in Alexi Kaye Campbell’s Sunset At The Villa Thalia.

Now if that’s not enough to get you to the theatre in the next six months I don’t know what else to do!!

Have a great weekend