Home > Sara from Theatre Breaks' Diary > And the Award goes to…

So the date for the prestigious Olivier Awards 2016 has been announced as Sunday 3rd April, plus this year we get a one-off 40th anniversary gala performance at the Royal Festival Hall featuring many past winners including Michael Ball, Elaine Paige, Maria Friedman, Daniel Evans, Katie Brayben, John Dagleish, Scarlett Strallen and Clive Rowe on 29th January . 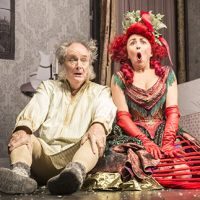 For Best Actor in a Play the nominations without a doubt will include Benedict Cumberbatch for his turn as the unhinged Hamlet (now closed) and probably Damian Lewis who put in an explosive performance in David Mamet’s American Buffalo in early summer (again since closed). Ralph Fiennes might get a nod for his performance in The Master Builder which opens at the Old Vic in January. I think others in the mix will be Jim Broadbent (right) as Scrooge in A Christmas Carol at the Noel Coward theatre until 30th January, Simon Russell Beale for Mr Foote’s Other Leg at the Theatre Royal Haymarket until 23rd January, Mark Rylance who starred in Farinelli and the King, and possibly David Morrissey as an ex-executioner in Martin McDonagh’s Hangmen at the Wyndham’s theatre until 5th March.
My winner prediction : Benedict Cumberbatch 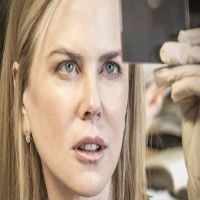 Best Actress in a Play is a little more tricky as there are NEVER enough female parts written and performed. However, I think Nicole Kidman (right) is a strong contender for her almost “one-woman-show” in Photograph 51 back in September 2015. Then there is one of my favourite actresses Claire Skinner in The Father which was at the Wyndham’s theatre last November who could be in with a shot. Perhaps, Amelia Bullmore or Samantha Spiro who are both in A Christmas Carol could also get the judges’ approval.
My winner prediction : Nicole Kidman

Maybe not it’s so hard to guess who will be nominated for Best Actress in a Musical, but the winner could be a close call between Imelda Staunton (Gypsy) and Sheridan Smith (right) for Funny Girl – the latter fortunately will still be in the West End until September 2016. There also might be nominations for the female leads in musicals Bend It Like Beckham (Natalie Dew or Lauren Samuels) and In The Heights (Eve Polycarpou) which have proved very popular with the young theatre crowd.
My winner prediction : Sheridan Smith …. Or Imelda Stuanton!

For Best Actor in a Musical, I imagine that we’ll see Kyle Riabko (right) nominated for his performance in Close to You at the Citerion theatre as well as Killian Donnelly for Kinky Boots and possibly Darius Campbell for Funny Girl. An outsider could be Steve MacKay who is the best thing from In The Heights.
My winner prediction : Killian Donnelly

So what do you reckon to my predictions? Will they come true? Have you got some of your own? Are there performances I haven’t even mentioned that you think were/are absolutely amazing and award-worthy? I’d love to hear from you.