Mr Foote’s Other Leg Tickets are no longer available.
See what’s on next at the Theatre Royal Haymarket 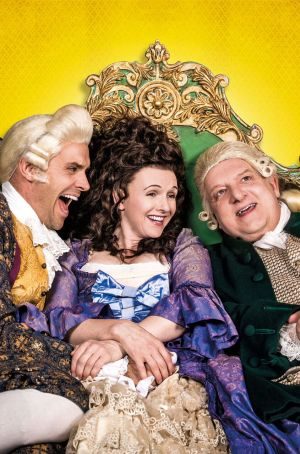 Based on Kelly’s biography on Samuel Foote – a satirist, impressionist and dangerous comedian living in Georgian London – this critically-acclaimed play transfers from a sold-out run at the Hampstead theatre for a limited season in the West End until January 2016.

The Sunday Times and The Observer have called this  riotously funny play a “rollicking” and “rumbustious” production respectively.

Adored by many, despised by some, Samuel Foote finds himself a celebrity at the sharp end of attacks from the press…and a surgeon’s knife. In an age obsessed with fame, his colleagues from the worlds of science and the stage begin to wonder: does fame make you mad?

Directed by Richard Eyre, Mr Foote’s Other Leg explores our obsession with celebrity, and their rise and ultimate fall, through the true story of the ‘Oscar Wilde’ of the 18th century.