Theatre Breaks for The Father in London are no longer available to book.

After dazzling audiences and critics last year at the Wyndham’s theatre, the most acclaimed new play of the decade, The Father, returns to the West End at the Duke of York’s theatre. 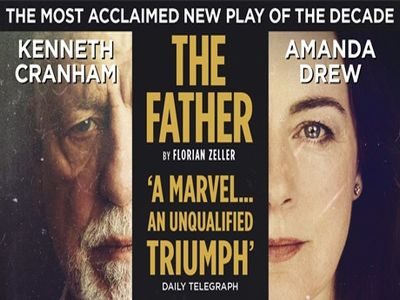 “My play – and production – of the year. Devastating drama” – Mail on Sunday

“The acting is masterly” – Daily Mail

Translated into English by Christopher Hampton, The Father is the winner of France’s highest theatrical honour – the 2014 Moliere Award for Best Play – and it is a crisp and witty production starring Tony and Olivier Award nominee Kenneth Cranham reprising his critically acclaimed role.

Now eighty years old, Andre was once a tap dancer. He lives with his daughter Anne and her husband Antoine. Or was he an engineer whose daughter Anne lives in London with her new lover, Pierre? The thing is, he is still wearing his pyjamas and he can’t find his watch. He is starting to wonder if he’s losing control…