Whoop whoop, the kids are back at school and I can now breath a sigh of relief for the next six weeks as my daily life gets back to a ‘normal’ routine.

But then on 24th October it all kicks off again with the Autumn Half Term and I have to put my mind back into gear to think of inventive and exciting things for them to do when perhaps the weather isn’t so promising.

Although, I must admit, in the past we’ve had some pretty good trips into London during this Half Term as it’s building up to Halloween and ultimately Christmas. There’s quite a cosy, comforting feeling on the streets of London as the days get darker earlier and you’re walking about with shop window and street lights glowing all around. 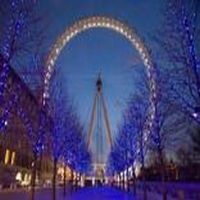 When we’ve been to see a show during half term, we’ve made a day (or two) of it with more often than not a trip to the world famous toy shop Hamleys in Regent Street. We’ve stroked the rays at Sealife London Aquarium, viewed the sprawling skyline on the London Eye (mornings are the best time for this), been scared in the London Dungeons and had our picture taken with all the stars at Madame Tussauds.

We’ve visited the Mummies at the British Museum in Bloomsbury, had our minds boggled at the Science Museum and met the terrifying T-Rex at the Natural History Museum – the latter two venues are next to each other in Kensington.

There have also been some great exhibitions at the Royal Academy of Arts in Piccadilly and of course don’t forget the National Gallery in Trafalgar Square and Tate Modern on the banks of the Thames in Southwark.

We’ve taken the Thames river taxi down to the O2 arena where we’ve marvelled at Tutankhamun’s gold, walked with dinosaurs, watched the world’s top tennis players sweat it out on court and ice skated (or in my case fall over on the ice numerous times). 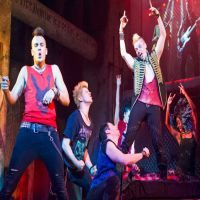 What we’ve seen in the West End to top off our many trips has ranged from Disney’s The Lion King, to War Horse with Matilda the Musical, Billy Elliot and Charlie and the Chocolate Factory thrown in between. And this year there’s the thrill of seeing a real steam locomotive chug its way onto the stage at the King Cross theatre with the Olivier Award winning family show The Railway Children. And for older off-spring there’s the hard-hitting American Idiot at the Arts theatre and new kid on the block Bend It Like Beckham at the Phoenix theatre.

Of course there is aloso Elf – the musical, but it is SOOO expensive I might just have to get the dvd out and make up my own songs. 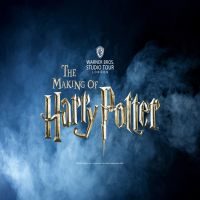 If London’s not your thing, why not visit Legoland at Windsor or Harry Potter Studio Tour just outside of Watford? There are more ideas at our sister site www.goodtosee.com

Just writing this blog has given me a boost – it appears this half term will be just as exciting as all the ones before.