I’m spending a week up in Harrogate, but even the pull of the beautiful walks over the Yorkshire Dales can’t keep me away from writing my weekly blog to you all. Aren’t you lucky people? 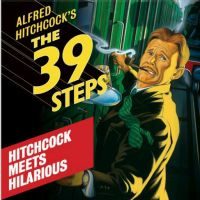 Last week I took my two teenage sons to see The 39 Steps at the Criterion theatre… It’s only taken me 9 years, the announcement of it closing in September and the fabulous discounts during Kids Week (which actually runs the whole of August) that finally forced me to book tickets. The boys really enjoyed it – a lot of slapstick which, of course, they adored (reminiscent of One Man, Two Guv’nors style of comedy).

It got me thinking about other shows that cater for the sometimes moody male teen who thinks that theatre is boring – my two have certainly had their fill of what they deem as “fluffy” musicals so we tend to go to plays now-a-days – but I’m thinking that they would like American Idiot at the Arts theatre which has just been extended to November.

Using the music of indie rock band Green Day to tell the story of three teenagers, post 9/11, who choose 3 different paths in life all which are influenced by the witnessing of the terrorist attacks on their country. American Idiot is an in your face theatre experience dealing with sex, drugs and rock n’ roll.

Two tried and tested plays that we have seen in the last few years are War Horse at the New London theatre and The Curious Incident of the Dog in the Night-Time now at the Giegud theatre. 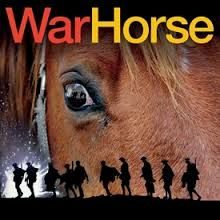 We had already read War Horse, an amazing story by Michael Murpurgo, as a family, so we very keen to see the stage adaptation. We weren’t disappointed – it had transferred effortlessly from page to stage with truly remarkable physical effects to bring the horses to life. Highly recommended.

Another highlight was seeing The Curious Incident shortly after it transfe 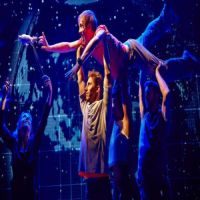 rred to the West End from a sell-out run at the National theatre. This time it was only me who had read the original book, but I knew it would be a story that would appeal to the boys and again the award-winning staging of Christopher’s adventures from his home-town across London in search of answers and his Mum were inspiring.

If you do want to go down the musical route, then Billy Elliot, Jersey Boys and Sunny Afternoon would probably offer the best entertainment for teenagers. Remember that although extremely funny and touching on subjects that most teens will find hilarious The Book of Mormon has an age restriction of 17 years. My 14 year old is desperate to see it, but he’s going to have a wait a few years and hope it’s still going strong when he’s old enough!

Next month we are going to see Lord of the Flies at the Regent’s Park Open Air theatre. We were impressed with their production of To Kill A Mockingbird two years ago, so have great faith in this stage version of another book we have again all read as a family.

It has always given me, and suspect it always will, great joy to go to the theatre with my off-spring since I first took my eldest to Disney’s The Lion King when he was 5 years old and I hope that when they go off into the big wide world and start their own families they will continue to enjoy the theatre with their children.