Guys and Dolls Theatre Breaks are no longer available to book.

The Chichester Festival Theatre brought the  ‘scintillating revival’ (Financial Times) of Guys and Dolls Theatre Breaks to the Phoenix theatre – one of 2016’s top short breaks to London. Theatre and hotel packages for Guys and Dolls are no longer available 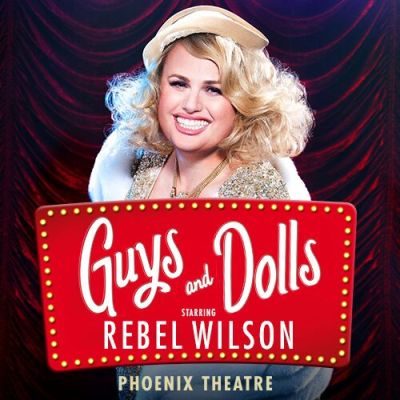 Nathan Detroit is desperate: he needs money for an illegal dice game, and he needs it fast. He also has a 14 year engagement with night-club singer Miss Adelaide whose patience is finally running out. Enter notorious gambler Sky Masterson, a guy who can never turn down a bet, and straight-laced missionary Sarah Brown, a doll with a heart of ice. The wager: Sky has to romance Sarah by taking her to Havana for dinner and in return he’ll provide a dozen ‘sinners’ for Sarah’s mission. Surely this is one bet Nathan absolutely can’t lose?

The sizzling New York tale of gamblers, gangsters and nightclub singers will leave you ‘walking on air’ (Daily Telegraph) with a glorious evening featuring some of Broadway’s greatest show-stopping tunes.  Luck be a Lady, Sit Down You’re Rockin’ the Boat and My Time of Day.

Along with dazzling choreography by world-renowned Cuban ballet star Carlos Acosta and Andrew Wright (Singin’ in the Rain and Barnum); direction from the celebrated New Yorker, Gordon Greenberg, Guys and Dolls is one feel-good show you won’t want to miss.

Casting news : For a limited time only, larger-than-life Australian comedy actress Rebel Wilson will step into Miss Adelaide‘s shoes and don her mink between 28th June and 21st August 2016. Rebel has strong singing background having starred in hit movies Pitch Perfect 1 & 2 where she sung in a female capella group.
Simon Lipkin (The Lorax, Rock of Ages) takes over the role of Nathan Detroit  also from 28th June to 21st August 2016