I’ve been watching ITV’s the X-Factor on and off since 2005 (the first series completely passing me by) and with the announcement this week that the 2010 X-Factor winner Matt Cardle will be the successor to Killian Donnelly in the role of DJ Huey in the sensation musical Memphis at the Shaftesbury theatre, it made me think about all the other winners and runners ups from the tv talent show who may not be hitting No 1 in the charts but have forged out successful careers in musical theatre.

People often write off X-Factor for making ‘10 second stars’ who, after the obligatory Christmas No. 1, pretty much disappear off the planet, but there have actually been a good number of them who have used their 15 minutes fame to their advantage and not given up on the ‘performing music to a live audience’ dream. 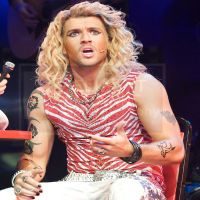 I’ll start with the 2005 winner, Shayne Ward, who after initially having a string of top 20 hits in 2006, fell away into obscurity for a number of years until he popped up as the larger than life character of Stacee Jaxx in the 2011 West End production of Rock of Ages – the 1980’s inspired homage to big hair, blue denim and tight Lycra leggings. He has since dueted with Louise Dearman (Wicked) singing the Oscar winning song Falling Slowly from the musical Once; has toured the UK in the mammoth arena production of The War of the Worlds and has now landed a regular role in Coronation Street. The 2005 runner-up, Andy Abrahams, has recently appeared in the UK touring production of Godspell.

Runner up in 2006 was baby-faced Ray Quinn who was already destined for a life in the performing arts having started his career at a young age in the Channel 4 soap Brookside. But his success on the X-factor proved he could sing as well and he went on to star as Danny Zuko in the West End production of Grease at the Piccadilly theatre. He has since toured the UK extensively with many top-notch musicals including Legally Blonde, Dirty Dancing and The Rise & Fall of Little Voice. In between all that he won the 2009 series of ITV’s Dancing on Ice and was crowned the “All Stars” winner as the ice show came to an end in 2014. The winner in 2006, Leona Lewis, whilst not appearing in a musical theatre production did make her acting debut in 2014 in a musical film called Walking on Sunshine.

One of my all-time favourite X-Factor contestants was Rhydian Roberts who was runner up to Leon Jackson (Leon who???) in 2007. I’m a bit of a sucker for the velvet tones of a tenor voice, so was completely drawn in to Rhydian’s renditions of the Phantom of the Opera and the tear-jerker Somewhere (from West Side Story) during the competition. Rightly so, Rhydian went on to have a successful recording career with two top 20 studio albums and performing in a number of hit musical theatre productions including The War of the Worlds, Grease, We Will Rock You and the Rocky Horror Picture Show. He can currently be seen as Pilate in the UK tour of Jesus Christ Superstar. I already have my tickets booked! 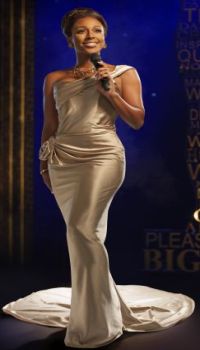 2008’s winner Alexandra Burke started off as a pop-princess with enviable chart success, but then went the way as many X-Factor contestants and lay dormant for a number of years before making her West End stage debut as Rachel Marron in the phenomenal The Bodyguard at the Adelphi theatre in 2013. She is now touring around the UK with the same production.

I’ve already mentioned one of my all-time favourite contestants, but in 2009 Rhydian was topped by winner Joe McElderry. Although Joe failed to have chart success immediately after the X-Factor I always thought he should find his way into musical theatre – especially Les Miserables but what do I know? Over the last 5 years he’s released 4 successful studio albums (two of them getting into the top 3) and was the winner of tv reality shows Popstar to Opera Star (Series 2) and Channel 4’s The Jump in 2014. In 2012, he took my advice and began his musical theatre career with a cameo appearance in Dirty Dancing at the Sunderland Empire, followed by a one-off appearance as Tommy in The Who’s Tommy at the Prince Edward Theatre and appeared in Thriller – Live alongside Stooshe and Macy Gray. 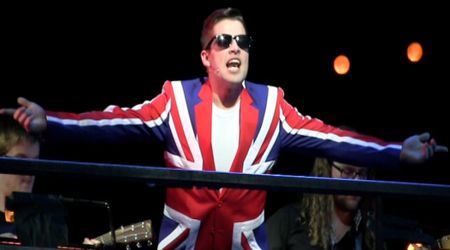 This year he reprises his role as Tommy at the Blackpool Opera House for a two week run in September. Again, my tickets plus B&B are booked.

And so we come to 2010 and that year’s winner Matt Cardle who, I thought, did have a very “sellable” voice. I was surprised when he didn’t do as well as predicted in the singles charts. Anyway, he certainly didn’t give up on his musical dream and was picked personally by Memphis star Beverley Knight to take over as her leading man which he will do from 6th July 2015. 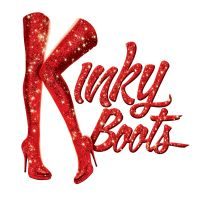 And finally, 2011 runner up Marcus Collins has carved out a successful musical theatre career within the UK touring production of Hairspray and will soon be seen in this year’s London premiere of Kinky Boots with Killian Donnelly – that man making way for Matt Cardle.

Now is that a “six degrees of separation” scenario or what?

Well, that blog was a bit of a mini-production in itself! I hope you enjoy reading it as much as I have enjoyed researching and writing it.

Have a great rest of the week