I was reading with great interest about the forth-coming season at the Old Vic theatre under the new Artistic Directorship of Matthew Warchus who is stepping into the role this Autumn. 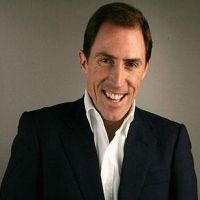 Matthew Warchus, who won an Olivier Award for Best Director in 2012 for Matilda the Musical, will begin his new season directing Gavin & Stacey star Rob Brydon who will lead a mammoth cast of young performers in a new play by Tamsin Oglesby called Future Conditional about Britain’s current educational system. Rob Brydon has also been announced as a member of the Kenneth Branagh Theatre Company and is appearing with the man himself in an adapted French farce called The Painkiller at the Garrick theatre next Spring.

After Future Conditional, Warchus will direct a production of Eugine O’Neill’s The Hairy Ape followed by family fun over the Christmas period in the form of Dr Suess’s classic tale The Lorax which promises ‘theatrical invention, songs and zany humour’. 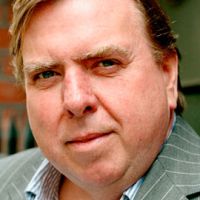 2016 brings two star turns in form of Ralph Fiennes in David Hare’s adaptation of Ibsen’s The Master Builder and then Timothy Spall, not best known for his stage work, will star in Harold Pinter’s The Caretaker.

Warchus’ inaugural season ends on a high in collaboration with some old friends – namely composer and lyricist Tim Minchin and award winning choreographer Peter Darling (Charlie and the Chocolate Factory) who were at the fore-front of the success of Matilda the Musical. They are now throwing their talents into the boiling pot again with writer Danny Rubin to bring us a musical version of the 1993 hit film Groundhog Day which sees a belligerent TV presenter relieve one horrible day in his life over and over again.

With all this to look forward to, it looks like it’s going to be another great 12 months for the Old Vic theatre.