That means we’ve been going for longer than Les Miserables or Phantom of the Opera, but not as long as The Mousetrap!

In 1980 a group of friends and theatre-lovers gathered together at the Royal Opera House to celebrate an idea, brought to fruition by founder Stuart Harding, to make it easier for theatrelovers to come to London and see a show with discounted rail travel, theatre tickets and hotel accommodation. 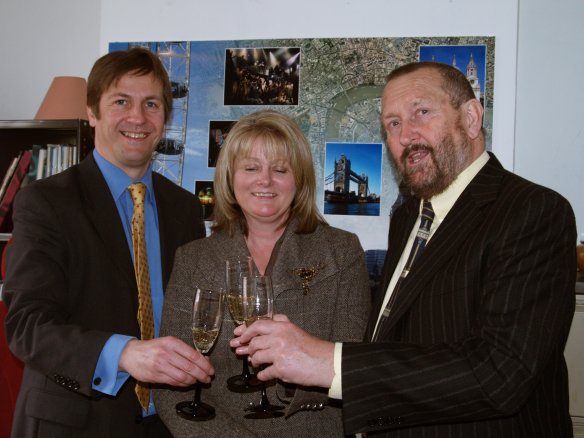 And so Theatre Rail Club was born!

At that time the idea of discounting and packaging was new to London’s Theatreland, but it soon caught on and now everyone seems to be doing it.

The father and son team of Simon and Stuart Harding bring something personal to the process and friends and family are still a vital asset for the organisation.

Over the years, the company has worked with most major theatrical institutions in the country, from the Society of London Theatres to the Edinburgh International Festival and the Royal Shakespeare Company.

“We will be organising a celebration for later in the year,” Simon Harding promises “so keep your eyes out for updates. In the meantime (and as Brucie would say): Keeeeep Theatregoing!“