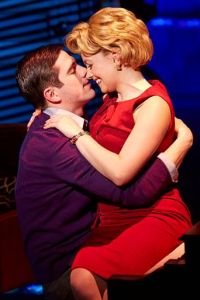 Not a lot left of February is there? However, there was just enough time for me to squeeze in a last theatre trip of the month to see the London premiere of Beautiful : The Carole King Musical which opened at the Aldwych theatre on 24th February – jumping over the Big Pond after a tremendous reception on Broadway. Suffice to say, it was absolutely amazing with a wonderfully witty script and fantastic songs. Long may it stay “beautiful” in the West End.

On Sunday I am taking my two teenage sons to see Ghost Stories at the Arts theatre – thought I’d better get in quick as this great (scary) show closes on 15th March. I saw it first time around back in 2010, but the boys weren’t old enough to see it then (there’s an age restriction of 15yrs – and for good reason, I can assure you!). My youngest is so excited – he loves spooky tale and being scared out of his wits. I’ve told him that he will most definitely screaming along with the rest of the audience.

Then we are into March – counting off the days to Easter – but before all that we have a couple of shows closing including Once at the Pheonix theatre and Dirty Rotten Scoundrels at the Savoy theatre. The latter show is going off on a UK tour (see our Cardiff theatre breaks page to book) and Once is making way for the eagerly anticipated new British musical Bend It Like Beckham which begins previews at the Pheonix theatre on 15th May. 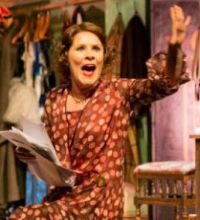 Back at the Savoy theatre, no sooner do they lower the curtain on Dirty Rotten Scoundrels than they raise it to reveal Imelda Staunton in Gypsy – the true story of vaudeville singer Gypsy Rose Lee. Critics have described Staunton’s performance as “knock out” and “stunning” and that the show is a “dazzling revival” so what’s stop you from booking to see it?

Sadly, comedy Di, Viv & Rose will close earlier than expected at the Vaudeville theatre. Following a sold out and critically acclaimed run at the Hampstead theatre last year, perhaps everyone that wanted to see it has already seen it! Who knows, but it’s always gutting to see a good show close before its time. 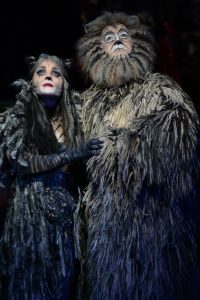 So, enjoy the rest of February … remember you can still go and see Cats, which was meant to be closing this month, but due to high demand for tickets is now staying at the London Palladium until 25th April. I can’t recommend this show enough as a great family theatre break and especially now that you can take advantage of mid-week matinees during the Easter holidays.

Roll on March, not least because it’s my birthday month, but because March means that Spring is around the corner, the evenings get lighter and the temperatures rise ever-so slightly – all which makes me a very happy theatre-goer indeed!