Every year starts with a bang in Theatreland. A whole raft of productions announce their impending arrival in London’s West End and 2015 is no different.

So, on with the show!

Gurinda Chadha’s story of an Indian girl whose traditional Indian upbringing is turned upside when a football talent scout spots her potential. The musical promises to have the same balance of East meets West, West scores a goal but East equalises in the dying seconds, with a score that is part London musical and part bollywood bonanza (sort of like Jai Ho in football boots) with the Bhangra sound added to Howard Goodall’s score by BritBhang (is that a thing?) star Kuljit Bhamra

So many shows in London come with the tag “the soundtrack to a generation” Jersey Boys, Sunny Afternoon, Rock of Ages, Thriller Live, so why not add another one!

Beautiful is a lovely story too about a lovely and talented lady. Songs include You’ve Lost that Lovin Feelin, The Locomotion, You’ve Got a Friend, You Make Me Feel (like a natural Woman) Up on the Roof, Take Good Care of My Baby, I Feel The earth Move… if you are that generation, then this is your sound track! 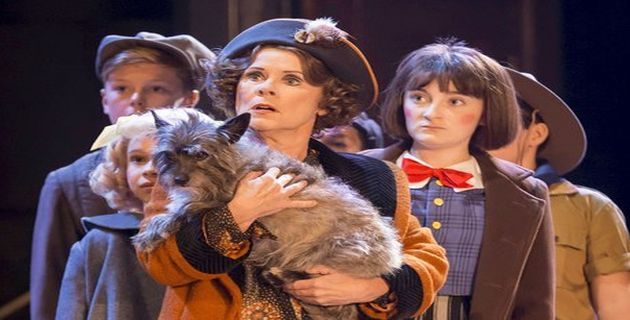 The Chichester Festival Theatre is on a bit of a run. Every year the West End seems fortunate to welcome yet more productions from this hotbed of creativity and 2015 is no different with their critically-acclaimed production Gypsy, starring Imelda Staunton arriving at the Savoy Theatre in March.

Stephen Sondheim’s musical, about Gypsy Rose Lee and what happens to her touring family when the popularity of their vaudeville act and the very future of vaudeville itself, is threatened by the racy new Burlesque acts sweeping the country, is sure to be one of the season’s highlights.

Women on the Verge of a Nervous Breakdown

A latino vibe soundtrack has been added to the film’s crazy plot for Tamsin Greig and Haydn Gwynne to negotiate whilst trying to deal with taxi drivers, terrorists and other affairs of the heart in the brand new musical.

The show has actually already started but as Christmas and New year rather got in the way of the usual fanfare and hulabaloo that tends to  accompany a West End opening I thought it worth a mention now.

It runs at the Playhouse until May.

Another Broadway import will grace the stage of the Dominion Theatre either at the end of 2015 or early 2016. Motown – The Musical is the story of the record label that created the soundtrack to a generation… hang on a moment: haven’t we heard that before?

Of course it features Motown classics such as “My Girl” and “Ain’t No Mountain High Enough,” but it is the story behind the hits, of a record label taking on the odds to create the soundtrack that changed, not only American music but America itself, that makes this musical such compelling viewing!

Tickets are not yet on sale but we will keep you informed.

Tags:2015, beautiful, bend it like beckham, carole king, gypsy, motown, musicals, women on the verge of a nervous breakdown