Following in the footsteps of David Tennet, Simon Harding and Jude Law, TV’s Sherlock Benedict Cumberbatch will be the next “name” to take on the title role in Shakespeare’s great tragedy, Hamlet. 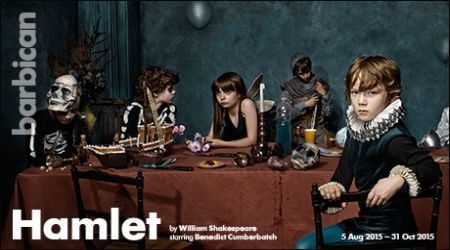 Directed by Lyndsey Turner, whose recent successes in the West End include Posh and Chimerica, Cumberbatch will play the role of the tormented Prince of Denmark as he struggles to avenge his father’s death and keep his sanity in tact.