According to theatrebreaks.co.uk ‘s recent poll studying UK Theatregoers theatre-going preferences, family-friendly shows such as Wicked , Disney’s The Lion King and Charlie and the Chocolate Factory, great for adults and children alike, are what we most want to see in London’s West End. 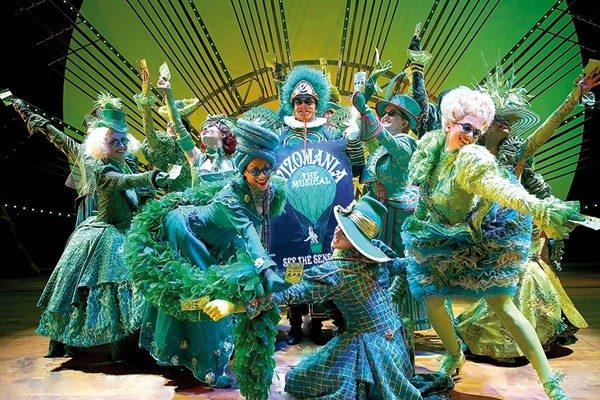 TheatreBreaks.co.uk asked over 3,200 UK theatregoers what shows they have enjoyed and what shows they think they would like to see next. Out of the top ten, six of the shows come from TheatreBreaks.co.uk’s “family-friendly” category: Wicked, The Lion King, Charlie and the Chocolate Factory, Matilda, War Horse and Cats, highlighting the fact that London’s West End is the perfect destination for a family trip to the theatre or half term breaks  that children and adults will enjoy at the same time.

“It is heartening to see so many shows in London’s West End that can give children such a magical introduction to going to the theatre.” says Simon Harding from TheatreBreaks.co.uk. “ Most regular theatregoers now got their love of theatre from being taken by their parents when they were young, so the more we can encourage that sort of behaviour the more likely we will guarantee a rosy future for the industry!”

Audiences, however, are not just made up of kids enjoying Roald Dahl and Disney inspired musicals: 55% of theatre visits are enjoyed with our life partners.

Popular, more grown-up, entertainment includes Miss Saigon , Les Miserables both by Alain Boublil and Claude-Michel Schoenberg and The Book of Mormon (from the team who bought us South Park!) plus the excellent Jersey Boys which is the story of Frankie Valli and the Four Seasons.

In fact 145 different shows were cited as the show UK theatregoers would like to see next, demonstrating not only a wide variety of likes but a good knowledge of what is out there. Of course not all the shows are on around the country at the moment, but the list should give potential theatregoers a great idea of what they should book to see in the future!

For more information on what is hot, further survey data can be found at http://www.theatrebreaks.co.uk/top-uk-shows-seen-see/

TheatreBreaks.co.uk is owned by St Albans Travel, a family-owned travel company that has been promoting London’s Theatreland as a tourist destination for over 30 years.