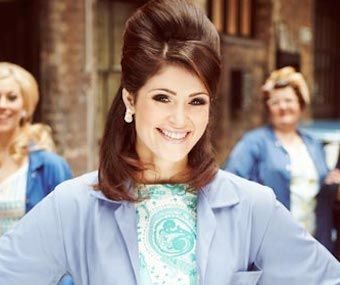 There’s a new musical in town and its called Made in Dagenham.

Now, I really enjoyed the 2010 film of the same name starring Sally Hawkins in the lead role of Rita O’Grady who famously campaigned for equal pay rights for the female work force at the Ford car plant in Dagenham in 1968.

The film has now been adapted by Richard Bean (One Man, Two Guvnors) for the stage with music and lyrics supplied by David Arnold (Casino Royale, Quantum of Solace) and Richard Thomas (Jerry Springer : The Opera) respectively.

The musical version stars former Bond girl Gemma Arterton who recently showed off her muscles as crossbow-wealding Gretel in Hollywood blockbuster Hansel and Gretel : Witch Hunters. She was also in the marvelous British bitter-sweet comedy Song for Marilyn with Terrence Stamp and Vanessa Redgrave (if you’ve not seen this film yet  – make it number 1 on your to do list this coming weekend)

From what I’ve read on the show’s official website, it appears the paying public are thoroughly enjoying what they are seeing with many tweets consisting of the words “amazing”, “hilarious” and “brilliant” so I should be in for a real treat when I see it.