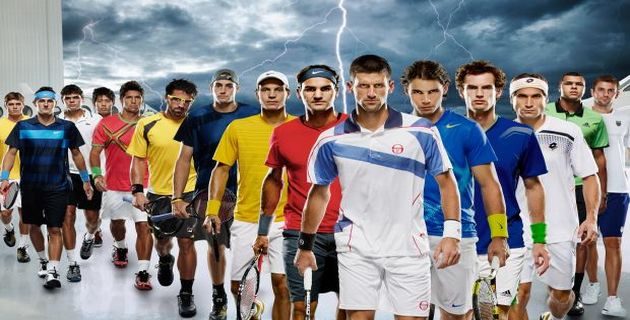 It’s no surprise that Novak Djokovic, Roger Federer and Rafael Nadal have already qualified for the ATP World Tour Finals which take place at London’s O2 Arena between 9th – 16th November. But what of the contenders to fill in the other 5 spaces … and more importantly, why haven’t I mentioned Britain’s Andy Murray yet? Doesn’t he ALWAYS qualify you might be asking? Isn’t it a given?

Well, Murray hasn’t qualified yet – although last week following his win in Shenzhen (his first title since winning Wimbledon in 2013) and his semi-final appearance at the China Open he has moved up 2 places in the rankings to number 9. In fact he’s only 200 points behind 6th placed Tomas Berdych and if he does well this week in Shanghai (a tournament he’s won twice before) and again in Paris at the end of October he could well leap-frog over several players possibly ending up ranked as high as 5.

However, what ever the outcome of Murray’s next 2 tournaments, the ATP World Tour Finals are a brilliant opportunity for any tennis fan to watch outstanding players in the mens game which this year could include Stan Wawrinka, Kei Nishakori, David Ferrer, US Open Champion Marin Cilic and “next big thing” Grigor Dimitrov. And of course, the doubles offer the unbeatable Bryan brothers who are back to defend their title this year.

So, we all wait with baited breath to see just who will fill in the top spots…