I can’t quite believe that the stage play The Woman in Black has been making London audiences jump out of their seats for over 25 years now. 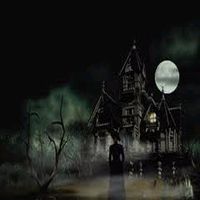 It opened on 1st January 1989 and I went to see it that very first year. I was fresh out of drama school and still a twenty-something singleton then, so … no, stop! I don’t even want to do the maths.

It is an amazing piece of theatre with just two actors on stage and minimal scenery yet it conjures up the spookiness of Eel Marsh House and the surrounding area of Crythin Gifford where the ghostly events take place. 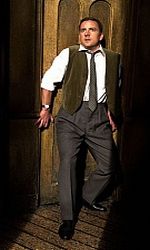 And even though I’ve read the book, seen both film versions and watched the actual play three times, I still jump in all the right places and leave the theatre with prickles on my neck.

This Autumn half term I am finally taking my two teenage children who have been wanting to go for quite a while. Again they have seen both films – although they are of the opinion that the 1989 tv version was the scariest of the two – so they know what to expect… or do they? I’m not giving anything away, but I have sat us on the centre aisle for a very good reason!
The fact that The Woman in Black is now celebrating its 25th year at the Fortune theatre is testament to its superior story telling and second only to The Mousetrap as the longest running play in London.

So… what will you be doing with your kids this coming half term?