We’ve had some amazing productions in London so far this year with Hollywood stars a plenty lining up to tread the boards including James Earl Jones, Vanessa Redgrave, Kathleen Turner, Carey Mulligan, Kristen Davis, Angela Lansbury, Robert Vaughan and Rupert Grint to name but a few.

Well, some might think that would be enough sparkle in the West End for one year, but no… the Autumn sees some fantastic new shows opening with some of the biggest names in British entertainment giving their all for the paying public. 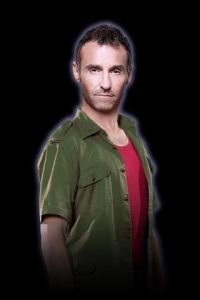 Ok, let’s do this is some kind of order with September’s offerings which include the sensational Michael Flately bringing his spectacular show Lord of the Dance : Dangerous Games to the London Palladium and also there’s the return of the ever-popular Evita with our very own Marty Pellow starring as Che Guevara.

October is packed to the gills with Broadway hits The Scotsboro Boys and Memphis opening – the latter starring British Queen of Soul Beverley Knight who showed her acting talents in The Bodyguard earlier on in the year. Plus a couple of home-grown productions with Sunny Afternoon (the story of 60s super-group The Kinks) and Made in Dagenham -a musical adaptation of the hit 2010 film starring Gemma Arterton.

And if that’s not enough we still have White Christmas with the gorgeous Tom Chambers and Aled Jones plus Cats to come over the Christmas season.

I can see myself spending a lot of time on that train back & forth to London over the next three months.

Have a great weekend