Did any of your see the fascinating programme about Michael Flatley at the weekend? It’s like the world famous Irish dancer hasn’t aged in the last 20 years! And those legs are still insured for $1 million. Well, why not? He can obviously still bust some moves on stage.

The tv documentary wasn’t just a celebration of his amazing dance career but a subtle advertisement for the return of the Lord Of The Dance : Dangerous Games which will play at the London Palladium from 1st September until 25th October. 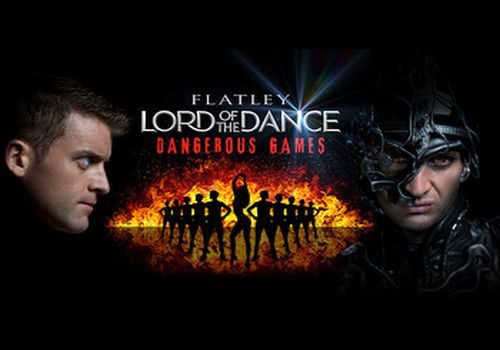 Not only will you be able to see Mr Flatley’s elastic-band legs going here, there and everywhere but also former Girls Aloud singer Nadine Coyle will feature as a special guest at some performances.

The new dance show sees Flatley taking a smaller role in the production as he is joined by 40 more youthful dancers on stage to tell a tale based on Irish folklore. The story finds the Little Spirit travelling through time to help the titular noble defend his people from Don Dorcha.

Those of a certain age may well remember that the Lord Of The Dance premiered at the Eurovision Song Contest in Dublin in 1996 and quite frankly was the best performance on the night by far – a definite douze points. And since then the show has been seen by more than 60 million people world-wide and includes a five year residency in Las Vegas.

Flately and his dancers will be the inaugural production at the London Palladium which is hosting a line-up of short season shows that will take the theatre back to its variety roots.

Lord of the Dance theatre breaks will be available to book shortly.