Over the last week I’ve been treated to two new musicals which are currently previewing in the West End – I Can’t Sing and Dirty Rotten Scoundrels. 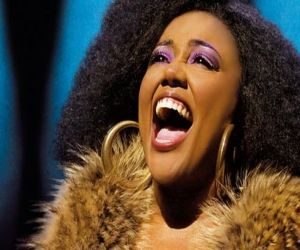 I must admit of the two I Can’t Sing was more my cup of tea because I have a penchant for comedian Harry Hill’s humour and as the show was written by him it is full of his signature wacky wit and zany off-the-wall characters. The show is a parody on the X Factor phenomenon, but not in a completely cruel way. It even has the seal of approval by the man himself Mr Simon Cowell who co-produces the show. The female lead Cynthia Eviro (pictured right) has the voice of a superstar who would definitely win X Factor hands down – just gob-smackingly brilliant! The technical aspect of the show has given stage crew some issues during the interval scene change, but on the night we went there was no delays or mishaps that were apparent to us. 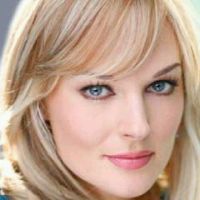 On an entirely different note was the musical adaptation of 1988 Hollywood comedy Dirty Rotten Scoundrels (which starred Michael Caine and Steve Martin as two con-men on the French Riviera). On stage we see Robert Lindsey and Rufus Hound taking over the two lead roles ably aided by leading ladies Samantha Bond and Katherine Kingsley (pictured left – who also has the voice of an angel!). Robert Lindsey is entirely at home on the stage playing a lot of his lines directly to the audience and the musical score is quirky with some great humorous lines. I wasn’t ever a huge a fan of the original film, but now I’ve seen the musical I’m thinking of re-watching it just to remind myself of Steve Martin’s comic genius if nothing else. Maybe because I’d only just seen I Can’t Sing I didn’t get the same sense of silliness and fun from Dirty Rotten Scoundrels, but my colleague enjoyed it much more than he did I Can’t Sing, so its all swings and roundabouts, I guess.

Next week, I’m off to see the Theatre Royal Bath’s production of Noel Coward’s Relative Values which stars Patricia Hodge, Caroline Quentin and Rory Bremner of all people!! I’ll tell you what I think next Thursday…

Until then, have a good weekend