Whereas here at theatrebreaks.co.uk we concentrate on London theatre breaks, over at our friends at theatrebreaks.com they spread the net much wider and in 2014 theatre fans can enjoy a West End musical as part of a short break anywhere from Edinburgh or Cardiff to Stratford-Upon-Avon. In fact it doesn’t stop there as they have recently opened bookings for Broadway Breaks in New York!

But my favourite destination after London is Edinburgh. I love Edinburgh and I have done so ever since my girlfriend’s flatmate showed me round one wet and rainy afternoon in February ’86. It wasn’t even Festival Season, but a few years later when I went up with a comedy group, that sealed the deal.

Compact, friendly, interesting, lively and romantic. So it is the perfect destination for a short break. And in 2014 some of the biggest West End shows are paying a visit to the Festival and Playhouse theatres in Edinburgh. 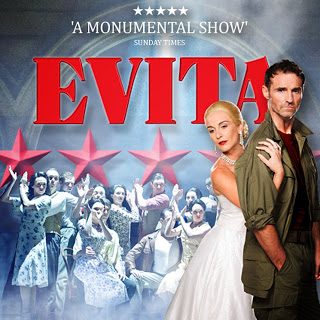 Wicked ( the prequel to The Wizard of Oz which is still running on Broadway and The West End) will come to the Playhouse at the end of the year but before then you can enjoy War Horse, the stage adaptation Michael Morpogo’s children’s story about a boy and a horse, Evita, Fame, West Side Story, Priscilla Queen of the Desert and Singin’ in the Rain amongst others.

Theatre Breaks in Edinburgh operate in just the same way that they work in London. Book a show and a nearby hotel for the night and you can add rail travel or not as you prefer.

You can also add tours to make your trip more interesting: I always do as it gives a great introduction, or reminder to the city you are visiting. Having said that, the last time I was in Edinburgh on an open-top bus the rain chased us all down stairs and the windows steamed up so badly that all we could do was watch the torrent of water pour down the stairs from the top deck!