Nigel Harmon must be breathing a sigh of relief this week with the announcement of the main cast in comedian Harry Hill’s new musical I Can’t Sing : The X-Factor Musical which opens at the London Palladium theatre in March 2014. For a while it looked like a one-man show for Mr Harmon! 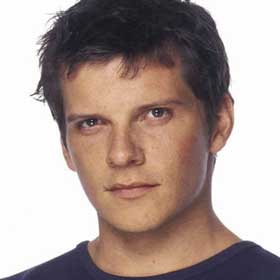 Nigel Harmon (left) first found fame in Eastenders not that I ever saw it, but have seen him in quite a few of his theatre ventures including Guys & Dolls, Three Days of Rain (with James McAvoy), A Chorus of Disapproval (with Rob Brydon) and Shrek for which he won an Olivier Award for Best Supporting Actor in a Musical. 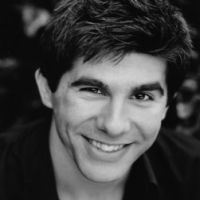 Nigel will play the part of high waisted trouser wearing head judge Simon (ring any bells?) and he is set to be joined by West End regulars Simon Lipkin (right) who for the last two and half years has been the back-bone of musical Rock of Ages at both the Shaftesbury & Garrick theatre plus Ashley Knight who was last seen at the Piccadilly theatre in Ghost the Musical.

If Harry Hill’s TV Burp programmes are anything to go by, then “I Can’t Sing” should be a barrel of laughs all around.

Have a great Tuesday everyone