Going to the theatre is great way to entertain all the family all at the same time and during December when the Regent Street Christmas lights sparkle London’s West End has some great shows ready, willing and able to spread a good dose of Christmas cheer to all ages. 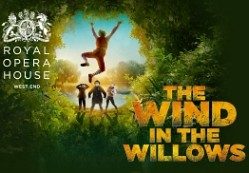 For families that have children of an age who can sit for longer periods of time there’s the classic shows that are on all year round, but are particularly magical during the Christmas season such as Disney’s The Lion King, Matilda the Musical, Charlie and the Chocolate Factory and Wicked.

For families with older children there’s all the drama of multi-award winning War Horse as well as the right royal silliness of Monty Python’s Spamalot and also the slapstick comedy of One Man, Two Guvnors.

Face it, you are spoilt for choice!