Long time no write, but here I am back again from my hols in Northern Ireland (and very nice it was too – I can highly recommend it).

Last time I wrote, I was pretty certain that I was not going to see new West End musical The Commitments at the Palace theatre, however, the stars were shining down on me and I did actually get to go. So glad I did. It is so funny and the music is so good. Top marks to the lead Killian Donnelly who was outstanding!

The next show I saw was another new musical from the pen of Oscar winning lyricist Tim Rice From Here to Eternity at the Shaftesbury theatre. Adapted from the 1951 controversial novel by James Jones, this musical does not shy away from the subject matter that was censored in both the book and the Oscar winning film. It is “very Tim Rice-esque” which is by no means a bad thing and I had another enjoyable evening here – especially watching the delectable Darius Campbell taking his shirt off in the first half! 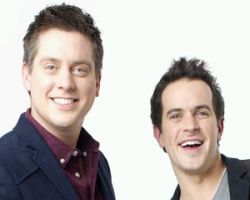 Next up for us is a return to Spamalot at the Playhouse theatre. I’m taking the boys with me as CBBC presenters Dick ‘n’ Dom are taking over the roles of King Arthur and his side-kick Patsy during December so I imagine a lot of “bogie” jokes will be worked into the script. Haven’t told the boys yet that we’re going as I think this will be a really good surprise for them. We’re all fans of the comedy duo, so should all have an great evening on 4th December.

And finally on Christmas Eve it’s a family outing to see Charlie and the Chocolate Factory which has broken all box office records at the Theatre Royal Drury Lane. I saw it way back in June but the kids haven’t seen it yet and I’m certain they are going to be very. very impressed with the sheer spectacle of the show. Bring on the Oompa Loompas!

Have a great rest of the week everyone