Everyone likes a hotel with a pool, even if we are only staying there for a night: a chance to dig out your swimming costume and do a few lengths whilst the waiter brings you a cheeky cocktail!

Well in London, hotels with pools are a little harder to find than many places, due to constraints on space! But here are 9 four star hotels which offer a swimming pool – along with the mandatory gym and leisure club of course… and some go a little further! 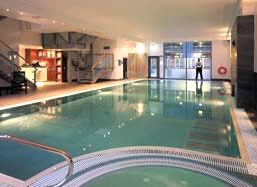 Just by Victoria Dock, where I did the “swim” part of the London triathlon a few years ago, is the Crowne Plaza London – Docklands. It is a smashing hotel but the furthest hotel on our list from the centre of London. Obviously it’s main customers are businessmen and women but that means at times when businesses tend not to travel (summer, Christmas, weekends etc) they do offer some great deals (although Excel keeps them fairly busy). Perfect too for the London Triathlon if you are thinking of taking part – although this year the triathlon was in Hyde Park! The pool is much nicer than swimming in the docks! 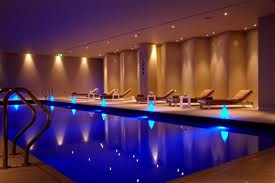 The Park Plaza Westminster Bridge is located on the South Bank of River Thames with stunning views across Westminster Bridge, Houses of Parliament. It boasts a 15 metre pool which, whilst not long is fine for a brief stay an not bad at all for London! 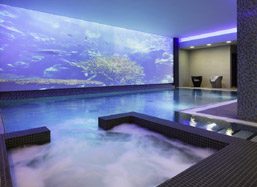 With culture and restaurants in the immediate Blackfriars and Southwark areas; the latest events on the famed South Bank and other attractions nearby it maybe hard to find the time to strip and enjoy the pool, but if you do I am sure you will enjoy the addition of panoramic film projection of a underwater world on the wall! 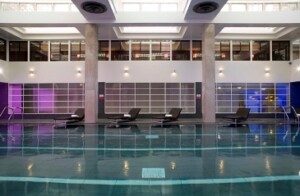 The Dolphin House Apartments in the middle of Westminster, offer an 18 metre pool which is joint longest in this list. But it also offers tennis and squash courts along side the obligatory gym making this a “go to” hotel for the sporty guest! 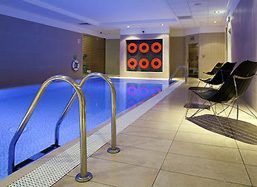 The new Novotel London Paddington is a 4 star New Generation hotel, located in the Paddington Central area. The hotel is conveniently located for, well, Paddington! The pool is an adequate 15 metres: interestingly it doesn’t have a shallow end and it is all about 5 foot deep!

Although it is called the Marble Arch it is about half a mile away from the aforementioned monument! But that is fine. It is not a massive Marriott but one of their mini marriott’s – a boutique hotel I suppose you might say, so the inclusion of a swimming pool is a nice surprise even though it is only 12.5 metres. 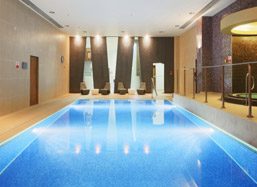 The Holiday Inn Kings Cross is a 4 star hotel near St Pancras and Kings Cross stations. The area as a whole has had a massive injection of funds over the last 10 years and is a great place to stay and especially handy if you are catching the train in from the north of the country.

The pool is nice enough but the shortest on our list at just 10 metres. 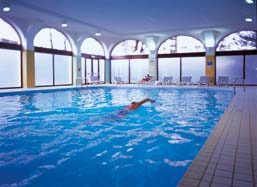 At Just 2.5  metres longer than the pool at the Holiday Inn, th pool at the London Marriott Hotel Regents Park probably doesn’t make the trip out worth it (although the rather good deals might). Swiss cottage is still quite central but the wrong side of Regents Park unless you want to visit the Royal Free Hospital Keate’s House or Belsize fire station! 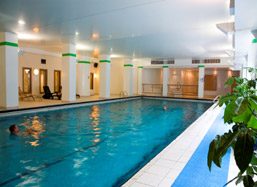 Last on our list is the recently refurbished Kensington Close Hotel and Spa, As you can tell by the name, this Kensington hotel is rather proud of its facilities and at 18 metres the pool is the joint longest pool in our list of pools at four star hotels. High Street Kensington on the Piccadilly Line is the nearest tube station which offers great access into the heart of London West End.

And there you are. A handy list of our four star London hotels with swimming pools: just don’t forget to pack your trollies, otherwise you will be skinny dipping on Hampstead Heath!