I’m back from my hols looking bronzed and feeling refreshed. And although I’ve been on a sun-lounger in Spain doing nothing for a week, not so for the West End where there is no rest for the wicked!

Apart from the announcement of the revival of Jez Butterworth’s play Mojo coming into the Harold Pinter theatre in November 2013 (more about that in a later blog), there’s also the new cast announced for The Curious Incident of the Dog in the Night-time when current Olivier Award winning acting leads take their final curtain call on 31st August. 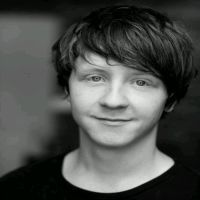 Taking over the role of Christopher from Luke Treadaway is Mike Noble (left) a young actor who previously appeared in the National Theatre production of Port as well as in the films Private Peaceful and Jack Ryan. He will be joined by ex-Eastender Amanda Drew and Holby City’s Rakie Ayola.  Their first performance on 2nd September.

Have a great Wednesday everyone