OK it didn’t really sound like a smash hit musical (most people will not know who Stephen Ward was), but let’s face it neither did Cats when Andrew Lloyd Webber wrote that!

Theatre Breaks for Stephen Ward are no longer available 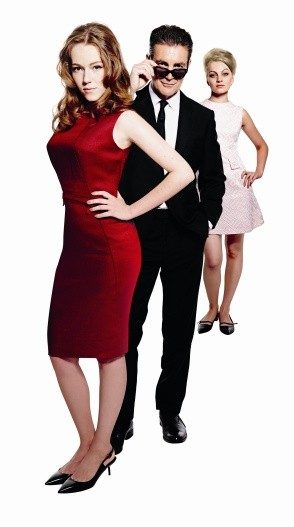 So for everyone who doesn’t know, Stephen Ward was the free-living society physician (only in the sixties could you get a “free-living society physician”) who introduced a showgirl, named Christine Keeler, to the MP, John Profumo, at a house party hosted by Lord Astor – groovy man! The infamous Prufumo Affair toppled a government and arguably set the stage for the social revolution that rocked the country and swung the swinging sixties!

And just to underline that this is NOT a dry political operetta, but a sexy, swinging musical featuring period-specific pastiches of musical styles including swing, jazz, skiffle and rock, the poster has a naked woman on it!

The other good news is that the impressive team also includes playwright Christopher Hampton and lyricist Don Black.

Casting News : No stranger to the West End actor, Alexander Hanson, who has most recently worked with Lord Lloyd Webber on the recent UK arena tour of Jesus Christ Superstar, plus the London Palladium revival of The Sound Of Music and Sunset Boulevard, will play the title role of Stephen Ward. He is joined by double Olivier Award winner Joanna Riding who plays Valerie Hobson, Anthony Calf as Lord Astor, Daniel Flynn as John Profumo, Charlotte Spencer as Christine Keeler and making her professional stage debut Charlotte Blackledge as Mandy Rice Davies.

Stephen Ward Theatre Breaks were available from 03 December 2013 to 29 March 2014- just in time for Christmas.

So if you want a swinging and sexy highlight to your festive season, I suggest you look no further than the Aldwych Theatre this winter!

Having been warned that this was a turkey I went along with great trepidation. Was I about to hear the bang that signalled a car crash no longer waiting to happen(@borderline fools and J. Button!)?

This is a good musical. OK there are no revolutionary waifs belting out songs that sound the same. There is no tap dancing chorus. There is no mass medley of every other song that you have already heard at the end of the first act. There are no stupid names, idiotic plot lines and unbelievable characters.

Why? Because it really happened. So we know it is a good story, we already believe in everyone and there is a freshness and honesty in the music and the production which is most welcoming.

The cast are excellent: from the willingly corruptable beautiful young things to the polititians and memebers of the establishment who corrupt them.

Unfortunately it wont last because it is not a typical West End musical and shows need that popular appeal to survive in the West End. But it would make a great highlight to a theatre break and I think British audiences will really "get it".

So get to see it whilst you still can.