Very pleased to read yesterday that one of my favourite musical actors, Darius Campbell, has been cast in Tim Rice’s new musical From Here to Eternity based on the award winning 1952 novel by John James. 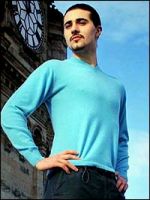 Campbell, who started off in the Popstars and Pop Idol tv talent shows as Darius Dinesh, has earned his West End credentials by taking lead roles in Chicago, Gone With the Wind and Guys & Dolls. Having seen him in all those productions I can attest to his beautiful velvety baritone voice which is like a warm covering of smooth milk chocolate! 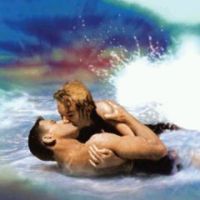 Will this tussle in the surf feature on stage?

From Here to Eternity – lyrics by Tim Rice, music by Stuart Brayson and book by Bill Oakes – starts its previews at the Shaftesbury theatre on 30th September with its opening night on 26th October. The story centres around a group of US army personnel in the lead up to the attack on Pearl Harbour and it will be interesting to see whether the iconic scene from the Oscar winning film with Burt Lancaster and Deborah Kerr amorously rolling about in the surf makes it into the stage version and if so, how will it be achieved?

All will be revealed in a few months time!

Have a great Tuesday everyone