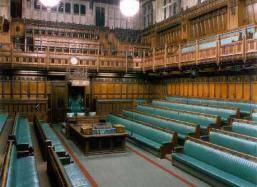 It’s been a long time since Guy Fawkes tried to blow up the Palace of Westminster. Fortunately he did not succeed and now you can discover almost one thousand years of English and Scottish history inside one iconic building with our Houses of Parliament Tour Packages.

Our fascinating tours  give Theatre Breaks guests a chance to discover the many treasures within the building, including the spectacular throne in the Lords chamber and a rich collection of works of art.

What we now know as the Houses of Parliament used to be the official residence of the English royal family. In fact it is not the same building as much of it was destroyed in a fire in 1834. The oldest part of the building is Westminster Hall and it was this that was was built in 1097.

The majestic building has always held a central role in British history and Sir Charles Barry’s magnificent Gothic-Revival architecture that we now recognise, has become one the greatest landmarks in the world.

Our Houses of Parliament Tours

Our tours take place every Saturday during the summer and we are booking through to the end of September. They are led by a fully qualified London Blue Badge Guide. The tours follow the processional route taken by Her Majesty the Queen when she performs the State Opening of Parliament. Of course they include both the Lords and Commons Chambers but the tour also gives you a chance to see the Westminster Hall – the oldest part of the building.

We have breaks including tours either during the afternoon or the morning – decide which you would prefer and book from there. If you want to take the tour having stayed overnight the night previous or you are planning to get into London early, then the morning tour should be perfect for you.

Otherwise I suggest the afternoon tour

Hotels for Our Houses of Parliament Tour Packages

Online you have our full range of London hotels to choose from to go with your Houses of Parliament tour.

Breaks including the tour start from just under £70 per person based on two people sharing a twin or double room.

My personal favourite hotel to include is the four star Park Plaza Riverbank London opposite the Houses of Parliament on the South bank of the River Thames with some rooms enjoying views of building itself!

What’s even better is that breaks including tour, accommodation, breakfast, service and VAT start at only £109 per person! Considering that is a central 4 star hotel on the banks of the river Thames, I think that is quite special!

Lastly, online, bookings include accommodation on the day of your tour. If you wish to only stay overnight the day before your tour, you can arrange that with our reservations office on +44 (0)1904 420452.

If you would like to book a short break featuring a visit to any of the other London palaces, including Buckingham Palace, you can visit our sister site, Royal Breaks.