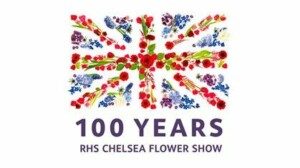 A green, bright future, strong on sustainable living, the preservation of  the British horticultural heritage and the protection of some of the world’s most vulnerable people was the rallying call for gardeners working on the centennial RHS Chelsea Flower show in 2013.

First up for the show gardens are the 2013 show’s sponsors, M&G Investments, whose garden will celebrate garden design over the past 100 years mixing modern varieties with classical design: strong on evolution and tradition. The garden will be designed by Roger Platts who boasts seven Gold Medals, three Silver-Gilt Medals, a ‘Best in Show 2002 ‘ and more recently, ‘The People’s Choice Award’ for the M&G Garden in 2010.

The B&Q Sentebale ‘Forget-me-Not’ Garden is a contemporary evocation of the landscape and culture of Lesotho. Designed by Jinny Blom, it aims to raise awareness of the work the charity, set up by HRH Prince Harry, does with vulnerable children in Lesotho.

Christopher Bradley-Hole is returning to Chelsea after eight years absence with a garden for the Daily Telegraph. Celebrating English native trees and shrubs, whilst drawing attention to the challenges posed to them by cultivation civilisation and settlement, his garden will take from contemporary Japanese influences.

This stark warning is a clear counterpoint to the gardens looking ahead to a sustainable future when access, within both rural and urban environments, will benefit all ways of life without destroying any of them.

From the Olympic legacy to the use of traditional crafts and materials, the gardens of the 2013 show will again demonstrate the clarity with which the simple act of gardening can communicate with those who choose to open their eyes to the work being done around them.

Other gardens will draw inspiration from a wide variety of subjects: from the history of Stoke-on-Trent and the delivery of London’s ‘Olympic Legacy Promise’, to  the Champagne region of France.

Other designers who will be at the 2013 RHS Chelsea Flower Show include Robert Myers, Ulf Nordjfell,  Chris Beardshaw, Michael Balston and Marie-Louise Agius

For the 6th year running, London Theatre Breaks are offering Chelsea Flower Show and Hotel packages. The breaks include day tickets and overnight accommodation at a range of London hotels.