Opera Breaks and Tickets for 2014 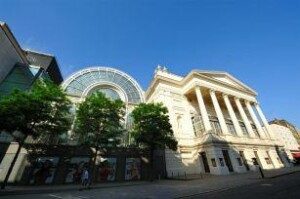 From the ENO in London to Opera North, the UK’s Opera scene is among the most vibrant in the world. Get great discounts on tickets for the Opera from LondonShow.

Check our booking system for Opera performances in London in 2014.

2012: It’s that time of year again, when the divas come back from their summer break and don their tiaras and breastplates to grant us mere mortals the opportunity of hearing the angels sing again and London Theatre Breaks go Operatic! Yes, open the gates, put on your gloves Mimi, our seasonal blast of  all that is Operish is here.

A theme? Well they are all at the Royal Opera House… OK I am struggling.  Three very different operas then, so we should have something for everyone!

The Royal Opera House production is a brand new adaptation of this opera which is both an hilarious comedy (“lol” he dryly mutters from the darkness of his Dress Circle box…) and yet a touching love story (…in between administering soothing dabs of his silken handerkerchief to his salty lids). Donizetti’s cracking score (‘Una furvita lagrima’ et al) makes the job of trying to read the surtitles more than bearable.

Joking aside, this is probably the production for operatic newbies, with love potions, haystacks, vespas and even a stray dog to help the rustics discover true love!

Ah la vie boheme! This is the big one. This is what opera was invented for: no jokes, no daft battles, no animals, just a tender and tragic tale of love, passion and gut-renting heartbreak from the pen of operatic genius, Giacomo Puccini.

It’s brand new for a start – just 4 years since its world premiere here at the Royal Opera House. It’s by Harrison Birtwistle ( I was always told never to trust a man with two first names – but a man with no first names!?). I love! love! love! his music, it’s scoring, its phrasing, its… mass,  but who in their right mind told him it was possible to sing along to it?  The best you can do is what the minotaur does at the end of this clip here.  Make up your own minds! http://www.youtube.com/watch?v=aj10HcoeEII

Anyway the inner turmoil of The Minotaur is clear to see as he strives to discover his true identity and voice in this mythological  sound clash. There is no doubt it is a remarkable and harrowing piece and it will shake you out into the cold London night air in a state nearing shell-shock: and that is not a criticism!

So there you go, opera breaks for everyone this winter: go get some in!