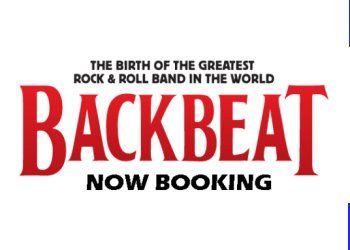 The Beatles biopic Backbeat has sclosed in London and theatre breaks for Backbeat are no longer available.

Backbeat is a stage adaptation of the 1994 Beatles biopic and will open at the Duke of York’s theatre London on Monday October 10th – the musical tells the early story of The Beatles: how John Lennon, Paul McCartney, George Harrison, Pete Best and Stuart Sutcliffe start out on their journey to become the one of the most successful bands of all time.

Backbeat producer talks about the show

“Backbeat at the Duke Of York theatre will allow people the experience of being at the birth of The Beatles. It tells a story that many music fans may not know, set to a musical backdrop that absolutely defined the early 60s,” said producer Karl Sydow.

It is only booking until March 2012 but I am sure it will extend as surely, being the tale of the UK’s most famous band it is prime Tourist fodder for the Olympics – I only hope they make the effort to go up to Liverpool too!

For a limited time only we are offering a special offer on Backbeat ticket only – if  you don’t need the hotel part of your theatre break this time:
Backbeat Tickets Only Offer