The American fantasy comedy-drama, Big Fish the Musical, starring Kelsey Grammar, is heading to London this Autumn. Theatre Breaks to London will be available, including tickets to see the show at The Other Palace Theatre for nine weeks from 01 November 2017. 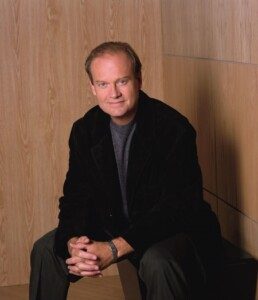 Kelsey Grammer stars as ‘Edward Bloom’ an ordinary man, and an extraordinary father. He has always told his son tall tales filled with beauty, love and imagination but when his son confronts him about what is make believe, they both discover that the truth is more wonderful than fiction.

John August and Andrew Lippa’s Big Fish The Musical is based on Daniel Wallace’s novel of the same name and, of course, the Columbia Pictures film. The London premiere of the musical is also Kelsey’s first time on the London stage.

BIG FISH THE MUSICAL is a love story that will take you on an exhilarating and heart-warming journey deep into the heart of what it means to be human. Blending fairy-tale, romance and adventure it celebrates the true meaning of life, and reminds us that the love for our family and friends will live on within them, long after we have gone.

Kelsey Grammer is no stranger to audiences across the globe, having starred as Dr. Frasier Crane in the NBC sitcoms “Cheers” and “Frasier”. He is also no stranger to theatres having been nomintaed for a Tony when he played ‘Georges’ in “La Cage Aux Folles”. He also created the roles of ‘Charles Frohman’ and ‘Captain Hook’ in the musical “Finding Neverland” on Broadway.

BIG FISH THE MUSICAL will be directed by Nigel Harman, who says about the show

“When I first encountered the piece I was struck by its depth of humanity and it’s zest for life. A story that celebrates life in all of its wonders and despairs. A simple tale told in the most extraordinary way. It has been wonderful to revisit the music, book and lyrics with John and Andrew”

Adapted from the much-loved book by Daniel Wallace and Tim Burton movie, BIG FISH THE MUSICAL has a beautiful score by Tony nominee Andrew Lippa  and a new book by John August (Charlie and the Chocolate Factory).

Tags:Kelsey Grammer, The Other Palace