Playing the part of Annie, in the much loved musical of the same name, is every girl’s dream: read-headed or otherwise!

So it is happy days for the three very excited actresses joining Miranda Hart who, as we announced earlier in the year, will be playing Miss Hannigan. Welcome Madeleine Haynes, Lola Moxom and Ruby Stokes: three young actresses (Madeleine is the eldest at 13),  from the South East of England, who will become the world famous orphan who gets rescued from a Manhatten orphange by Daddy Warbucks. 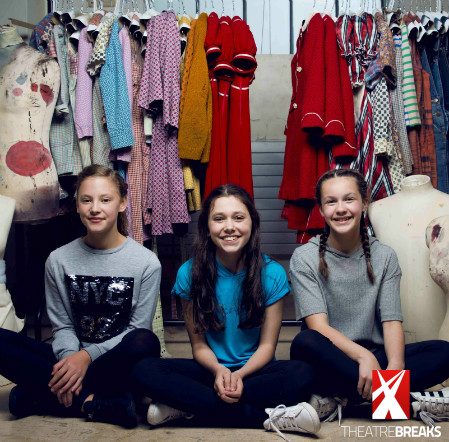 Our three Annies will be joined by Amber, the loveable 4 year old Labradoodle that won the hearts of the auditioning panel to play Annie’s dog, Sandy.

The grown-ups completing the main cast will be Alex Bourne (We Will Rock You, Chicago, Grease, Beauty and the Beast) as Daddy Warbucks, Holly Dale Spencer (Sweet Charity, White Christmas) as Grace Farrell, Jonny Fines (The Sound of Music on UK tour) as Rooster and Djalenga Scott (Grease, Chicago) as Lily.

To give the young actresses, who will complete the company of orphans, their first role call, they are:

Congratulations to you all!

Annie begins previews at the Piccadilly Theatre on 23 May 2017 with opening night on 5 June 2017.  The production is initially booking to 6 January 2018.